Unetbootin is a very nice software to create bootable live usb keys. It requires to be run as root to get the access to format the usb disk. If you launch unetbootin as user, you will get a warning from the software:

The title says “only root can start it”. It shows the command to start unetbootin as root.

If you click on OK, you will get the GUI of netbootin but it won’t work because it is not started as root: 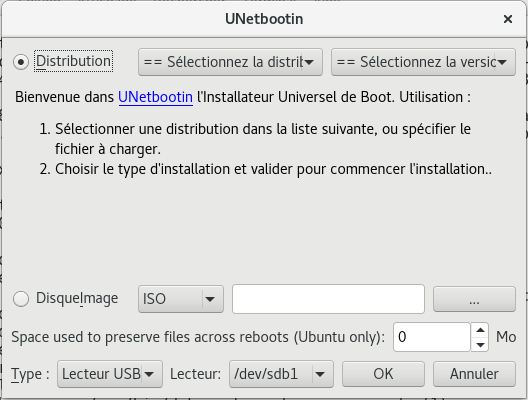 GUI of Unetbootin when it is not started as root on my desktop.

Alas, when I started unetbootin in the terminal as root, I got the following output:

The window of unetbootin was entirely gray. I found an old topic from 2014 on the arch linux forum. Hopefully, a necrobumper posted a solution in 2016:
sudo QT_X11_NO_MITSHM=1 unetbootin
The solution is clever. The environment QT_X11_NO_MITSHM: Stops QT from using the MIT-SHM X11 Shared Memory Extension. It works but the graphical interface is quite old fashion: 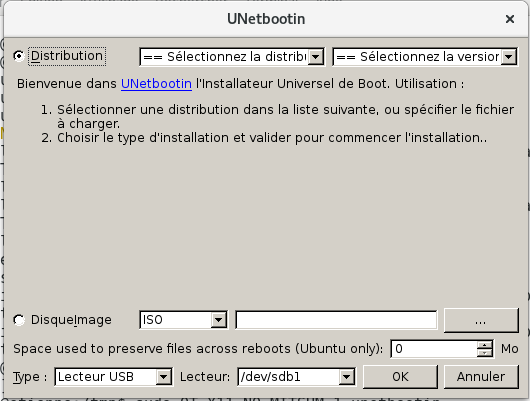 Window when MITM_SHM is desactivated for the QT environment.

When you compare to the first GUI that I got when I started the software as a user and not as root, it is striking.

I found a fix but I did not get the end of the story. A bug report was opened in 2014 on the archlinux website. The comments talks about the policy kit. I did not find much about its relationship with unetbootin on debian. If you have any tip, do not hesitate to share a comment.

This site uses Akismet to reduce spam. Learn how your comment data is processed.